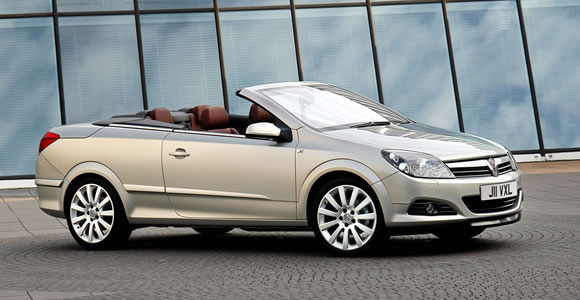 Vauxhall and Opel are General Motor’s twin European brands and their cars rarely differ further than the badges and names. Vauxhall is a long established British brand which dates back to the early days of motoring while Opel shares an equal fame in mainland Europe. Vauxhall cars were once expensive luxury vehicles but after GM bought the company in 1925 changes were made to increase sales with low-cost models. Opel is an equally well established badge that was purchased by GM in 1929. By the 1960s the two brands had become so intertwined that their products were identical in all but name and some minor loaclised details.

Recently their drop-top cars were for a time hardtop convertibles branded ‘Twin-top’ however the less complicated and expensive fabric roofs have now returned.