With the BMW i8 Roadster finally with us, thoughts turn to the other convertible sports car in the range, the Z4. The new BMW Z4 Roadster has now been revealed with sales beginning in the Spring of 2019.

BMW’s small roadsters have always sold well but never quite hit the mark as driver’s cars with the Porsche Boxster remaining the benchmark in the class. This time the German brand chose to develop the platform jointly with Toyota and while that car will be a coupe, they have both been designed for keen drivers. While the previous generation aimed to broaden appeal with luxuries and a more compliant driving experience, the new car should be lighter and more agile.

The ‘first edition’ Z4 M40i boasts impressive performance with the turbo-charged straight six-cylinder engine producing 340bhp powering the roadster from 0-62mph in 4.6 seconds. The fabric roof makes a return and is said to be lighter and easier to package than the outgoing aluminium hard-top. The wheelbase is clearly shorter which leaves the car looking a little awkward but should provide a more responsive ride. The styling is attractive but lacks the classical proportions of previous models and seems several generations behind the groundbreaking i8 sportscar. It is almost like the two are built by different companies.

Driver-focused the new BMW Z4 may be but it will not be stripped-back in the roadster tradition. Full details of the range will be released later in the year but the launch car has no shortage of equipment. There are electronically controlled dampers, a head-up display above a fully digital instrument panel and a full Harman Kardon Surround Sound infotainment system with iDrive control. 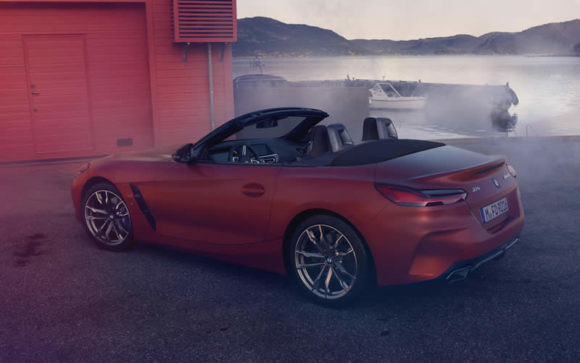 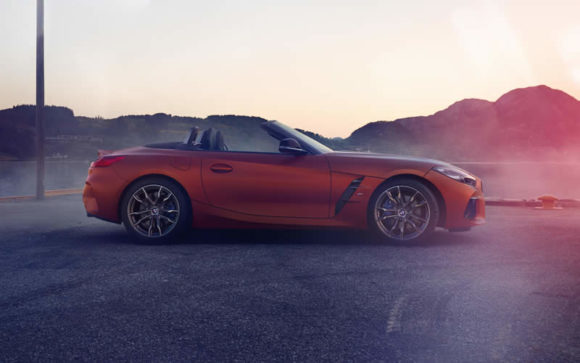 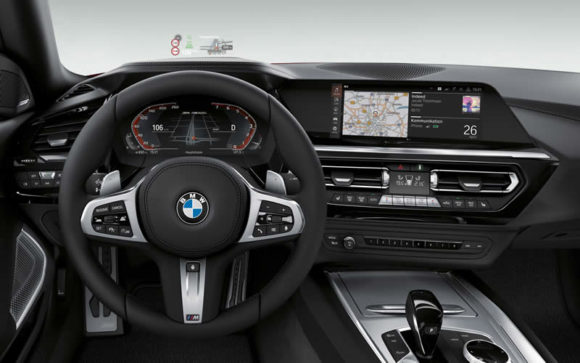