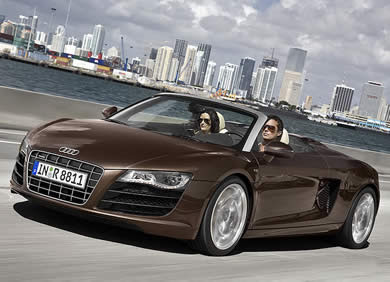 Another exciting car making its debut next week will be the Audi R8 Spyder – the convertible version of Audi’s range topping, mid-engined supercar. There have not been any details released yet but it certainly looks the part. The controversial sideblades are gone on this roadster version giving cleaner lines while the windscreen frame gets the Audi treatment with brushed aluminium.

The top is hidden from view in the press photos so we can only guess that the R8 Spyder will follow all other Audi models with a lightweight fabric soft top. However we have a funny feeling that Audi may have a surprise in store for us. 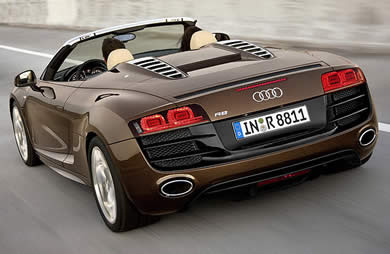 One response to Audi R8 Spyder