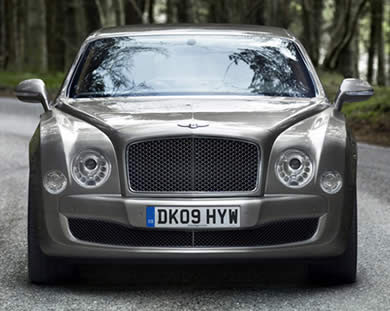 There have been consistent rumours of a Bentley Mulsanne Convertible recently and now more news has reached us that the new car will be named the Azure.

The first generation Bentley Azure debuted in 1995 as a large four seater convertible based on the Continental platform. It topped the Bentley range and had a price to match. A revised Azure was launched in 2006 based on the Arnage platform and which was upgraded to the final Bentley Azure T in 2009.

The new Azure should follow the pictured Mulsanne saloon (which launched this summer) into production a year later. Expect it to be powered by the same twin-turbo 6.75-litre V8 producing 505hp and a massive 752lb ft of torque. An eight-speed automatic gearbox is likely to be the only transmission option. Although potentially a heavier car than the big saloon performance figures should be in the same region as the 5.1 seconds from 0-60mph and 184mph top speed claimed for the Mulsanne.