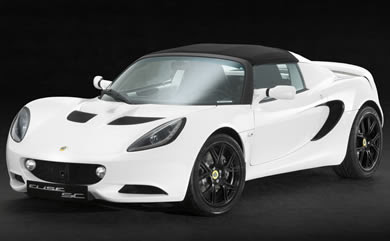 Making its debut at the 80th International Geneva Motorshow, the 2011 model year Lotus Elise introduces a number of changes and improvements to keep the revolutionary small sports car moving forward until it is replaced by an all new model due in 2015.

Improvements to the whole of the 2011 model year Elise range include an evolution of the body design incorporating new front clamshell, rear bumper and engine cover resulting in a 4% drop in aerodynamic drag. There are also new all in one integrated headlights including LED day light running lights and LED direction indicators.

The entry level Lotus Elise Roadster gets the new 1ZR-FAE 1.6 litre engine with Valvematic and Dual VVT-I technology to optimise the performance and efficiency. There are small improvements in economy and efficiency along with a 6 speed close ratio gearbox and the option of cruise control available as part of the Touring pack.