Coys run largest ever no reserve auction in the USA 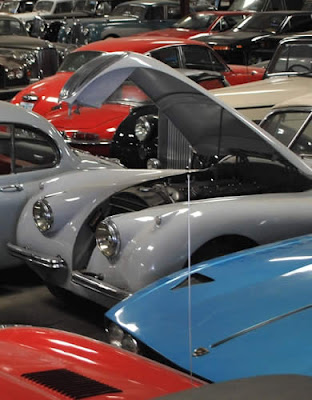 Coys the International car auctioneers are to hold the largest ever no-reserve auction of cars when they run their first ever auction at Houston in Texas on September 19th.

The auction will see some 500 cars going under the hammer with 200 of them being offered at no reserve. They come from a private collection, which has been built up over many years, and include a stunning collection of American, British and European cars.

Managing Director of Coys Chris Routledge said: “For a number of years we have been exploring the possibility of opening up a USA operation to complement our international operations in Germany and Italy, which are fully developed.

“The consignment of such a substantial no reserve collection of predominantly European historic cars gives us great impetus and energy and we look forward to further sales in the USA.”

Coys are running the auction in conjunction with the Leake Auction Company and Chris Routledge added: “Many industry pundits have speculated for years that we would make the inevitable move into the US market. We have done so because we believe that the time is right and that there are great opportunities for the future.”

Chris Routledge said: “We have received a huge amount of interest from dealers and collectors all over the United States and the rest of the world about this sale, and we are already planning a follow up.”