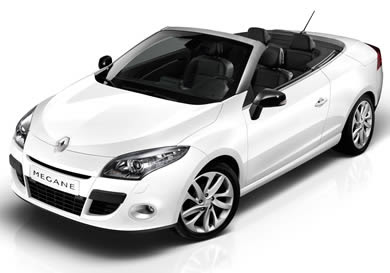 The new Mégane Coupé-Cabriolet rounds off the renewal of the New Mégane family with introduction of the line-up’s sixth body type – a hardtop convertible.

The new car builds on the strengths that forged the success of its predecessor – including a large, folding glass roof and impressive levels of equipment. It’s not a radical departure but it looks good and should prove very popular.

The weakness of the old car was it’s uninspired handling. This should be much improved thanks to a stiffer chassis and a new electric power steering system. Renault are also trying to improve quality and the general design and finish of the car.

There is a broad choice of efficient and ‘eco-friendly’ powertrains, including the all-new automatic EDC (Efficient Dual Clutch) transmission. As previously, there is no ‘hot’ option with the emphasis on efficient cruising rather than sporty performance.

Drivers of the new Mégane will find top-down motoring less breezy than before thanks to the forward position of the windscreen and a fixed glass wind deflector situated behind the rear head restraints.

When it’s launched at the Geneva Motor Show we think the Mégane will become the best looking car in it’s class of affordable four seater convertibles. 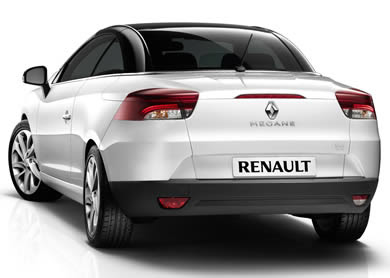 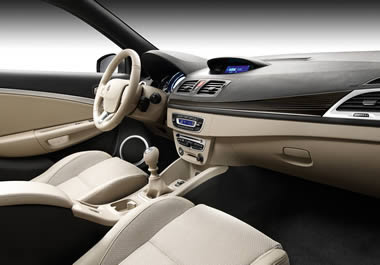