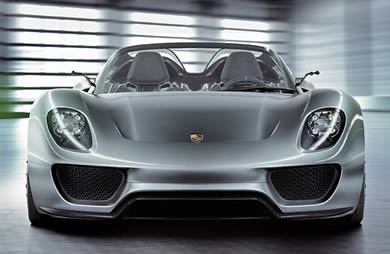 Development for a series production of the Porsche 918 Spyder concept has been given the go ahead the Stuttgart Supervisory Board. There has been much speculation of the supercar being built after Porsche admitted to be testing reaction at their dealers around the world.

The Concept Study for the 918 Spyder allows CO2 emissions of just 70 g/km, corresponding to fuel consumption of 3.0 litre/100 km (94.1 mpg imp) thanks to twin electric motors and the performance of a super-sports car thanks to a 500 horsepower V8 combustion engine. Michael Macht, President and Chairman of the Board of Management of Porsche AG: “Production of the 918 Spyder in a limited series proves that we are taking the right approach with Porsche Intelligent Performance featuring the combination of supreme performance and efficient drivetrain concepts. We will develop the 918 Spyder in Weissach and assemble it in Zuffenhausen.

One response to Porsche 918 Spyder gets official green light