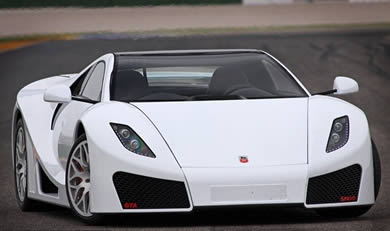 The recently launched GTA Spano was a big surprise all round. Not only is it an admirable attempt from a new company it is also Spain’s first sports car since Hispano-Suiza stopped car production in the 1930s. The Spano ranks among the fastest cars in the world with 217mph performance.

GTA is however, not another flimsy start-up with no track record. In fact the track is where their business became established. The GTA racing team has a race winning history. The car is based around the Chrysler V10 engine that previously powered the outgoing Dodge Viper, reengineered to produce 840 horsepower when running on E90 bioethanol racing fuel.

The news from the Spanish brand is that a Spano Spyder is being penned for the future. Spano discussed this development during testings done at the Valencian Community Ricardo Tormo Circuit. Like the coupe version expect the Syder to be available in limited numbers to those with a budget well over half a million dollars.