The first ever Dodge Charger under the hammer 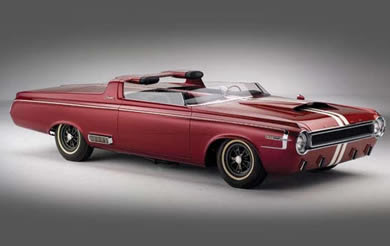 A piece of history goes up for grabs at this year’s RM Auctions’ Automobiles of Arizona event. This one-off concept was not only the first Chrysler to carry the Charger name but also the car used to promote the very first Hemi V8 engines. Unlike many concepts which are undrivable styling projects this is fully working car.

Dramatic styling includes an aerodynamic looking roll-bar with integral headrests and a low-cut wraparound windscreen. Driver and passenger are separated by a divider which contains some of the cars controls. 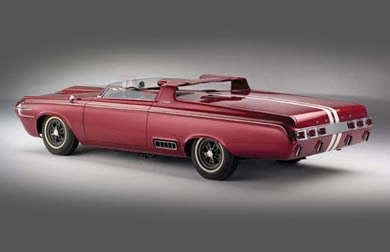 Back in 1963 when the car was rushed to its first show there were no 426 cubic-inch Hemi engines yet available so the 383 cubic-inch V8 from its donar Polara was used despite the publicity and badging. The ear-marked engine actually went to a Chrysler backed racing team. The Charger has now had substantial renovations and boasts an original racing Hemi block from the same year the car was produced just as was originally intended. In fact when the restoration was completed in 1999 the engine boasted a compression ratio of 9.6:1 and an estimated 600 horsepower!

This unique convertible will be auctioned on 21st January 2011. 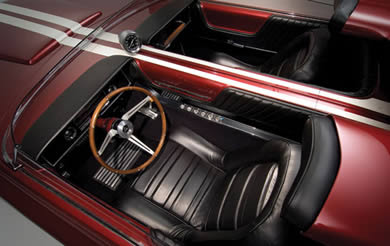