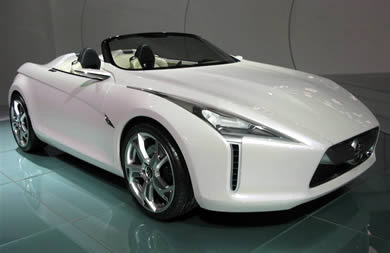 With the Honda S2000 Roadster being phased out of production this year the motoring world are speculating what may replace it. This concept exhibited in China at the Shanghai Motor Show could give us some clues.

The Honda Linian Roadster concept is not a production ready car. There are several features that would be impractical for real-world driving such as the aeroplane style steering wheel. However the styling could be much the same for a production car. The fact that Honda are giving nothing away to the engine in this car suggests that it is under serious consideration.