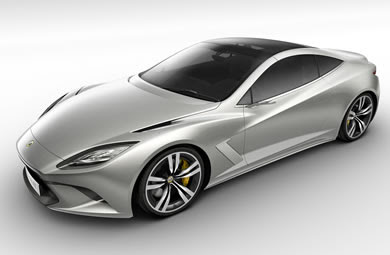 Lotus made a splash at this year’s Paris Motor Show with a selection of 6 new concept vehicles. The car that tickles our interest the most is a luxury convertible grand tourer. The lines are gorgeous and the sporting intent clear but there’s no denying that this is a break away from the brand’s lightweight, back to basics heritage. This is more Ferrari California than Lotus Elise. 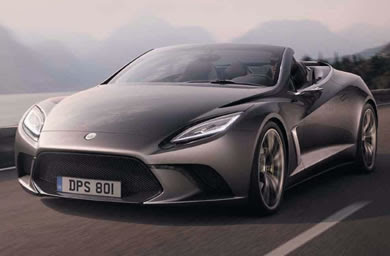 The Elite has an electrically folding hardtop roof which makes it a 4 seat convertible… at a pinch. Rear seat passengers would have to be willing to tuck their knees under their chins. Power would come from Lexus/Toyota’s 5 litre V8 engine from the Lexus ISF supercharged and reworked to produce up to 612 bhp. To keep the carbon-counters happy there will be a formula one inspired KERS system regenerating the braking power as additional electric propulsion.

Clearly Lotus see a more profitable future selling to the wealthy rather than the enthusiast. The big changes are a drive to make the brand profitable again and to do this they need to sell more cars. If this is anything to go by, there is much to look forward to.

One response to Lotus Elite concept