Mercedes release details and pics of the new SLK 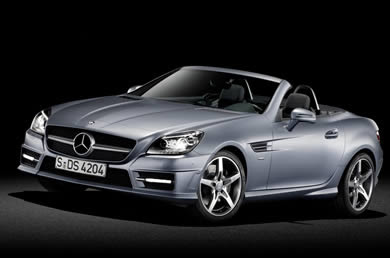 With last year’s launch of the AMG SLS supercar and a roadster version planned for later this year Mercedes Benz were left with an SLK that looked very much the baby version of the now discontinued SLR McLaren. It didn’t make sense to engineer a whole new roadster so the premium German brand decided to give the current car a thorough revision.

The new remodeled car is almost unrecognisable inside and out. It also has many new features that may well get the monied reaching for their bank books. Most impressive of all is the optional electrically dim-able glass ‘Magic Sky Control’ roof. 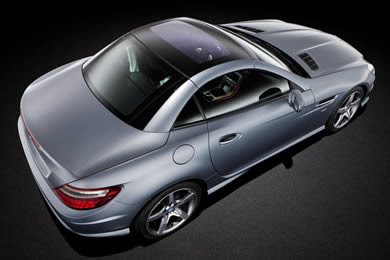 As with the SLS the styling will not be everyone’s cup of tea; it is neither offensive nor stomach numbingly gorgeous. It seems a bit like change for changes sake. The interior does have a nice look to it though that we can’t help approving of. There is also a neat new draught stopping system consisting of transparent plastic screens that flip out of the way behind the roll hoops when not in use. 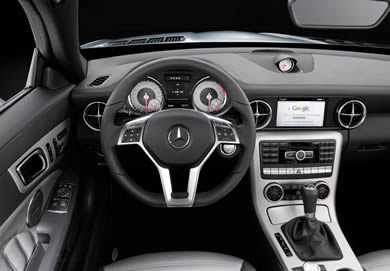 Power for the new car comes from a selection of 4 and 6 cylinder options with economy improved by up to 25 % compaired to their predecessors. For those willing to wait there should be a V8 powered AMG model in the future too.

The new Mercedes Benz SLK will be launched in June 2011.