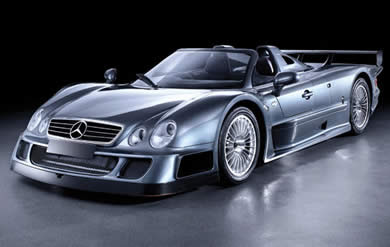 Number 2 of only 5 Mercedes Benz CLK GTR Roadsters made is due to go on sale at RM Auction’s Automobiles of London event.

The CLK GTR was built as a world beating racing car that would win the FIA GT Championship. This it did so successfully in 1997 and 1998 that in 1999 there where no other entries and the series was cancelled. It’s hard to imagine a more devastatingly racing car but the road going version saw didn’t manage to match this success.

In order to qualify for the GT Championship the GTR had to be sold as a road legal car. Mercedes and AMG stretched the rules as much as they could so that the racing car wasn’t compromised. This resulted in a hugely expensive and brutal supercar which was unforgiving for road use. The Guinness Book of World Records recorded the CLK GTR as the most expensive production car ever built at the time, at $1,547,620(USD). 25 cars were built of which just 5 were Roadsters. The Roadster on sale is particularly rare being right hand drive which suggests that it is one of the cars recorded to be ordered by the Brunei Royal Family. It was completed as late as 2006, has accumulated just 34 delivery kms from new and has never been road registered.

All this would suggest that this is a collectors car that will only increase in value but within a months of this car going on sale there was a glut of limited edition supercars from Ferrari, Maserati, Porsche and Bugatti. It was also not a car that could be realistically used on the roads and so most of the cars (including this one) have been buried away in collections. It seams the lucky buyer of this car may only part with less than half of the money that the previous owner did. 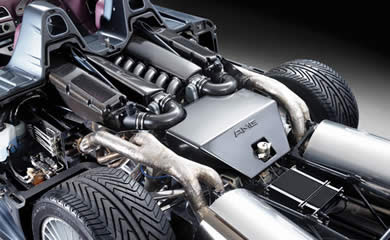