Stunning Porsche 918 Spyder likely to be made

The star of the 2010 Geneva Motor Show despite 2 new convertibles from Renault was the Porsche 918 Spyder concept. All who saw it looked on in wonder at the striking yet classic design and everyone agreed that it would sell like hot cakes. We were at first assured that the roadster was only a design exercise but given the public reaction Porsche are having a re-think.

Rumours from Porsche dealers are that Porsche is actively working with them to find enough customers ready to put down a deposit on the next hyper-car from the German sportscar maker. Porsche Head of R&D Wolfgang Dürheimer has said that the company would be rather pleased “if customer feedback is positive and we end up over time with about 1,000 firm orders.” We are also assured that there is no one inside Porsche who doesn’t want to build the 918. 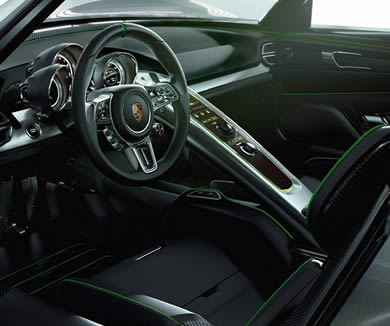 The lightweight carbon fibre roadster is designed with a 500-horsepower hybrid V8 powerplant that Porsche claim could deliver up to 78 miles per gallon and 0-62mph in just 3.2 seconds. Perhaps the best of both worlds?

Porsche boss Michael Macht said “The 918 Spyder proves the answer to whether there can be high-performance cars in the future.” Certainly all car makers need to look into radical concepts such as this if they are to have a future and if they all look as good as this the future is bright. 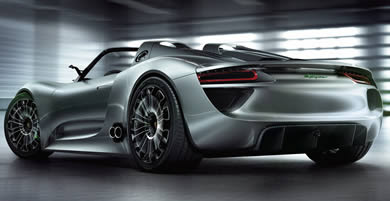 2 responses to Stunning Porsche 918 Spyder likely to be made