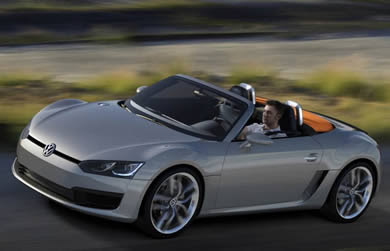 Volkswagen has unveiled a fuel efficient mid-engined two-seat roadster concept at this week’s Detroit show. The BlueSport was designed with current emissions and budget-sensitive times firmly in mind. It is powered by 2 litre 178bhp turbo diesel engine and this combined with the lightweight design should return around 50mpg on the combined cycle and CO2 emissions of just 113g/km. 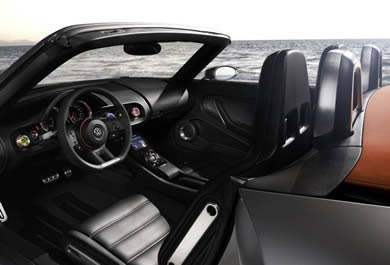 The BlueSport is VW’s third roadster concept since 2003. Insiders suggest that the car has “a very strong chance” of appearing in VW showrooms within three years, as it is a more mainstream proposal than its predecessors and has the look of a production ready car.