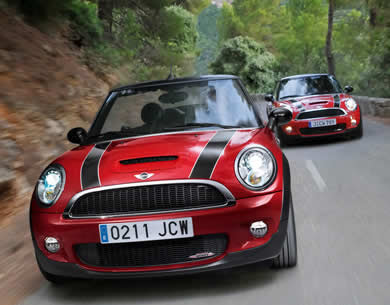 The new MINI gets a welcome boost of power from a full John Cooper Works performance package. The new MINI Convertible begs the enthusiast to drive with the roof down – and now comes with particularly sporting and dynamic features all round. Just a few weeks after the world debut of the open four-seater, the MINI John Cooper Works Convertible is being presented to the public for the first time at the International Motor Show in Geneva (5–15 March 2009). 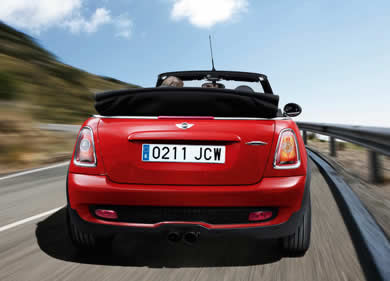 The MINI John Cooper Works Convertible boasts a 1.6-liter four-cylinder power unit complete with a twin-scroll turbocharger and direct fuel injection. Maximum output is 208 hp all the way from 1,850-5,600 rpm, with peak torque of 192 lb-ft increasing briefly in the Overboost mode to 207 lb-ft. This results in a 0-62 mph time of 6.9 seconds and a top speed of 146 mph.