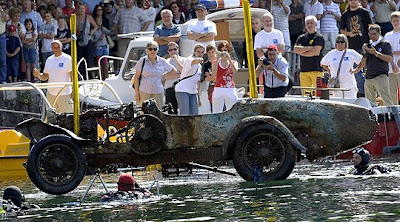 A classic 1925 Type 13 Brescia Bugatti has been recovered from Lake Maggiore, in northern Italy where it has lain for 72 years. The car was abandoned by its owners in 1937 to avoid the import duties of the time.

The elegant two-seater Bugatti roadster was delivered new in April 1925 to a French architect living in Nancy, France. Around three years later he moved to Switzerland without paying the necessary import duty on what was even then a valuable sports car. On leaving Switzerland, the Frenchman left the car to his Swiss hosts in Tessin. In 1937 its new owners, fearful of recriminations from the authorities, decided to abandon it in the Italian lake.

The car has been finally recover from a depth of 57 metres by members of the Centro Sport Subacquei Salvataggio Ascona. Its condition is surprisingly good and it is expected to form the basis for an extensive restoration project. One side of the car was buried in the silt and still retains much of its bodywork and evidence of the original French blue paintwork. 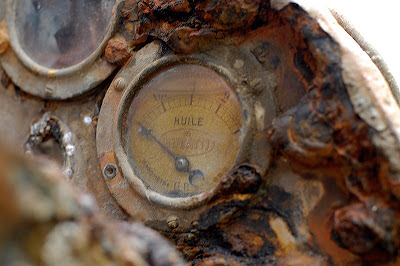 The car will be auctioned in aid of the Damiano Tamagni Foundation, a charity dedicated to the life of Damiano Tamagni, a young member of the Centro Sport Subacquei Salvataggio Ascona. Tamagni was beaten to death by three youths and the charity supports local efforts to prevent violence among the young.

One response to Brescia Bugatti Rescued from Lake Maggiore