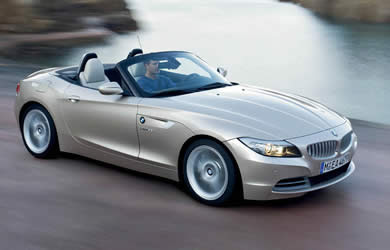 The all new BMW Z4 Roadster is due to make it’s debut at the 2009 Detroit Auto Show, however The first photos and specifications have been released to wet our appetites.

The biggest change, as was the case with the 3 Series, is a move away from the fabric soft top to a retractable metal roof. It’s an aggressive move towards Mercedes Benz and will no doubt take sales from their SLK. On the downside luggage space looks poor. 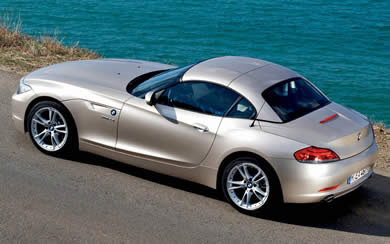 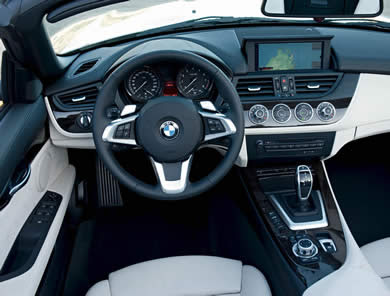 The interior, like the exterior gets a slick new look. The former with the new, more intuitive iDrive system from the new 7 Series.

Initially there will be three engine options in Europe with the larger two of these going to the US as well. The Euro-only sDrive23i will have a 2.5 litre straight-6 with 204 horsepower. The sDrive30i gets the 3 litre 6 and finally the sDrive35i adds a pair of turbo chargers to this engine to reach 306 horsepower and 0-100 kmph (0-62mph) in 5.2 seconds. Adding the optional 7-speed dual clutch gearbox to this model will shave a further 10th second off this time.

We would hope to see a Z4 M Roadster variant to follow later on perhaps with the M3’s lovely V8 powerplant.