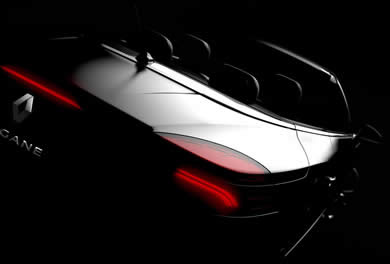 The 2010 Geneva Motor Show will see Renault extend the New Mégane line-up with the addition of a sixth model, the Coupé-Cabriolet. The newcomer will be premiered in Switzerland on the 2 March, as well as at L’Atelier Renault on the Champs Elysées in Paris, on the 5 March.

The New Mégane Coupé-Cabriolet replaces one of the best selling hardtop convertibles of all time. A foldaway glass roof will remain but little more than this is known.