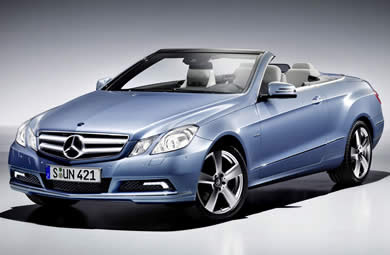 2010 will see the new Mercedes-Benz E-Class Cabriolet arriving on our roads. As with the E-Class Coupe it is a step up from the CLK which preceded it. It’s bigger all round and will launch with a choice of V6 and V8 engines. Most interestingly though is Mercedes’ focus on refinement.

The new convertible features an ingenious device called an AirCap. This includes a 2.4-inch wind deflector that rises up from the top of the windshield. Along with a draft-stop mounted between the rear seats the AirCap cuts down interior air movement even at high speeds. For those looking for wind-in-the-hair motoring it may be a disappointment but for most of us it would allow more journeys to be made with the roof down. It apparently allows conversations to be comfortably had at high speeds. 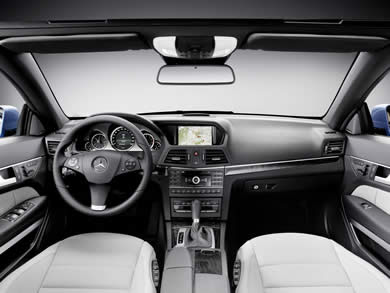 Also as standard on the E-Class Convertible will be Mercedes AirScarf, first seen on the SL-Class this blows warm air around the neck of the front seat passengers and makes top down driving comfortable in lower temperatures.

Like the CLK Convertible it has stuck with a cloth folding roof rather than the popular folding hardtop seen on the BMW 3 Series Convertible. The benefit of course is an excellent luggage capacity of nearly 11 cubic feet when the roof is stored. The roof is made from sound-dampening material to cut noise when the roof is up. Mercedes even claim that unlike many soft top convertibles it can be put through an automatic carwash without any hesitation. 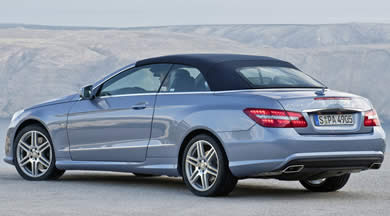