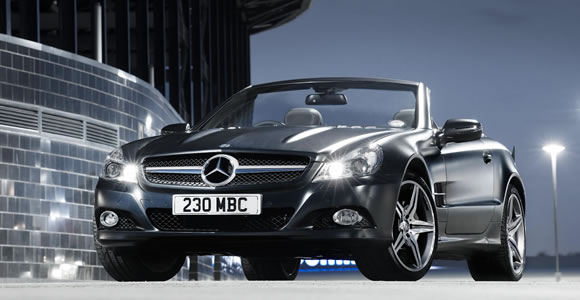 Mercedes-Benz has one of the most illustrious histories in motoring. Its origins can be traced back to Karl Benz – the creator of the very first petrol-powered car. The Mercedes brand name was first used in 1901 by Daimler-Motoren-Gesellschaft while the first Mercedes-Benz branded cars did not appear until 1926.

Convertible Mercedes have been available throughout this long history but a wider range are made today than ever before. Drivers can choose from anything from the compact 2 seater SLC roadster to the luxurious full-sized S-Class Cabriolet with ample seating for four. The S-Class Cabriolet took a decade to come to fruition. The concept known as ‘Ocean Drive’ was given the go-ahead back in 2006 but Mercedes took their time to get it right. The three four-seat convertibles in the range all use a fabric roof rather than the folding hardtop seen on the SLC and SL. The current selection is by far the most extensive convertible car range of any car manufacturer, past or present.

At the upper end of their sporting range sit the long-running Mercedes-Benz SL luxury car and the AMG GT Roadster supercar. Both have massive power on tap but the AMG GT is the more performance-focused of the two while the SL suits drivers who require the comfort and luxuries to make the car suitable for long journeys and everyday use.